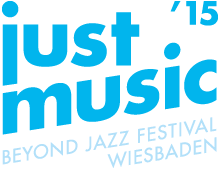 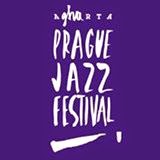 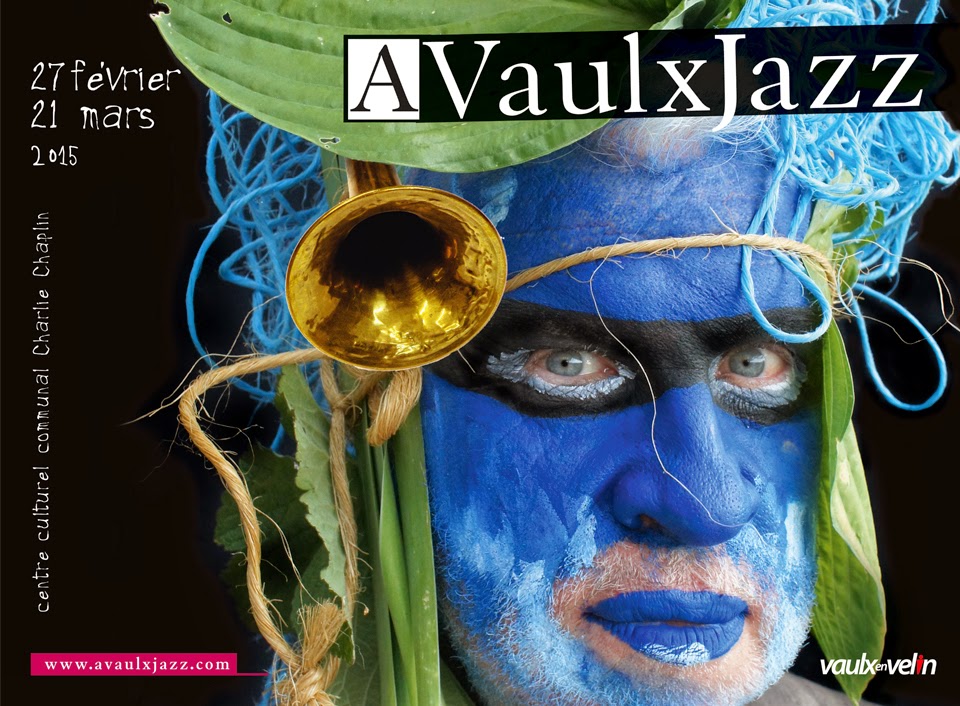 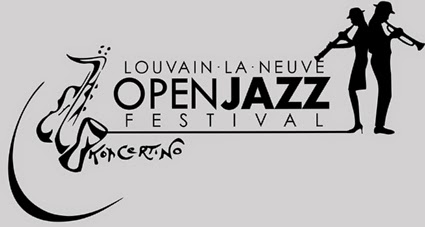 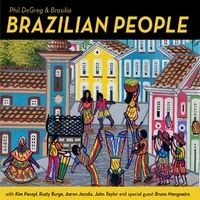 The emotions it conveys Phil DeGreg & Brasilia is indescribable, this quintet is established at the University of Cincinnati where educators are almost all the same and is one of the current examples of how large or small every corner of the world is present the Latin Jazz , but more importantly executed by his own people.

Quintet joined them guitarist Bruno Mangueira, come from Rio de Janeiro, who upon hearing the proposal DeGreg Phil and his group did not hesitate to accept the invitation and even composed a song for the CD "Brazilian People" called 'Ano Novo' .

Phil DeGreg & Brasilia was born at the University of Cincinnati to light up with joy and good music to all these sectors and beyond. DeGreg (piano), Kim Pensyl (trumpet, flugelhorn), Rusty Burge (vibraphone), Aaron Jacobs (low)
and John Taylor (drums and percussion).

The selection of the pieces in "Brazilian People" was, besides very well acted, very successful. Compositions of Hermeto Pascoal, Marcos Silva, Joao Donato, Edu Lobo and the legendary Antonio Carlos "Tom" Jobim, besides the contribution of De Greg Burge and Mangueira, make this CD a musical rainbow.

The Latin Jazz has become a musical phenomenon of our times and of course presentations and productions as performing Phil DeGreg & Brasilia give even more luster to our musical genre.

The video you see below evokes the etiquette of Phil DeGreg & Brasilia in the execution of "Triste" (T. Jobim) which is the last row of the CD "Brazilian People".


Phil DeGreg began playing the piano in his childhood and now performs as a jazz pianist internationally. His earliest jazz influences were Bud Powell and Bill Evans, but he is accomplished and comfortable in a wide range of jazz styles, ranging from mainstream to bebop to Brazilian jazz. His versatility has led to professional performances with dozens of internationally recognized jazz artists, as well as leading and recording with his own groups. Phil DeGreg has released eleven recordings as a leader and has been recorded as a sideman on many other jazz projects. He is also featured with J.J. Johnson on the video "J.J. Johnson Live in Concert." His most recent recorded project called "Melodious Monk" done in conjunction with trumpeter Kim Pensyl features the music of Thelonius Monk in duo and trio settings without drums. A review in All About Jazz writes: "â€¦he exhibits an excellent understanding of the complex compositions, and the stride tradition from which Monk sprangâ€¦they succeed because they have an undeniable affection for Monk, and their performance is top-notch….Phil DeGreg's masterful piano interprets Monk brilliantly and Kim Pensyl's trumpet is the perfect complement".

A native of Cincinnati, Phil completed a degree in psychology from Yale University before becoming a professional musician. After three years working and studying music in Kansas City, he finished a masters degree at University of North Texas, and subsequently toured the world for a year with Woody Herman's Thundering Herd. Later he was the recipient of two National Endowment for the Arts grants. He was named one of the 10 finalists in Jazziz Magazine's 1995 "Keyboardists on Fire" competition, and was a 1996 finalist in the Great American Jazz Piano Competition. For 16 years, he served as the house pianist at Cincinnati's famous Blue Wisp Jazz Club, accompanying visiting artists on weekends. His jazz festival appearances include the North Sea, Pori, Monterey, Montreux, Brecon, Wigan, and Elkhart Jazz Festivals. Phil has performed in clubs and concerts throughout the United States, and in the United Kingdom, France, Denmark, Germany, Italy, Guatemala, Costa Rica, and Brazil. In 2008 Phil was awarded a four month Fulbright Fellowship to lecture about jazz in Brazil. 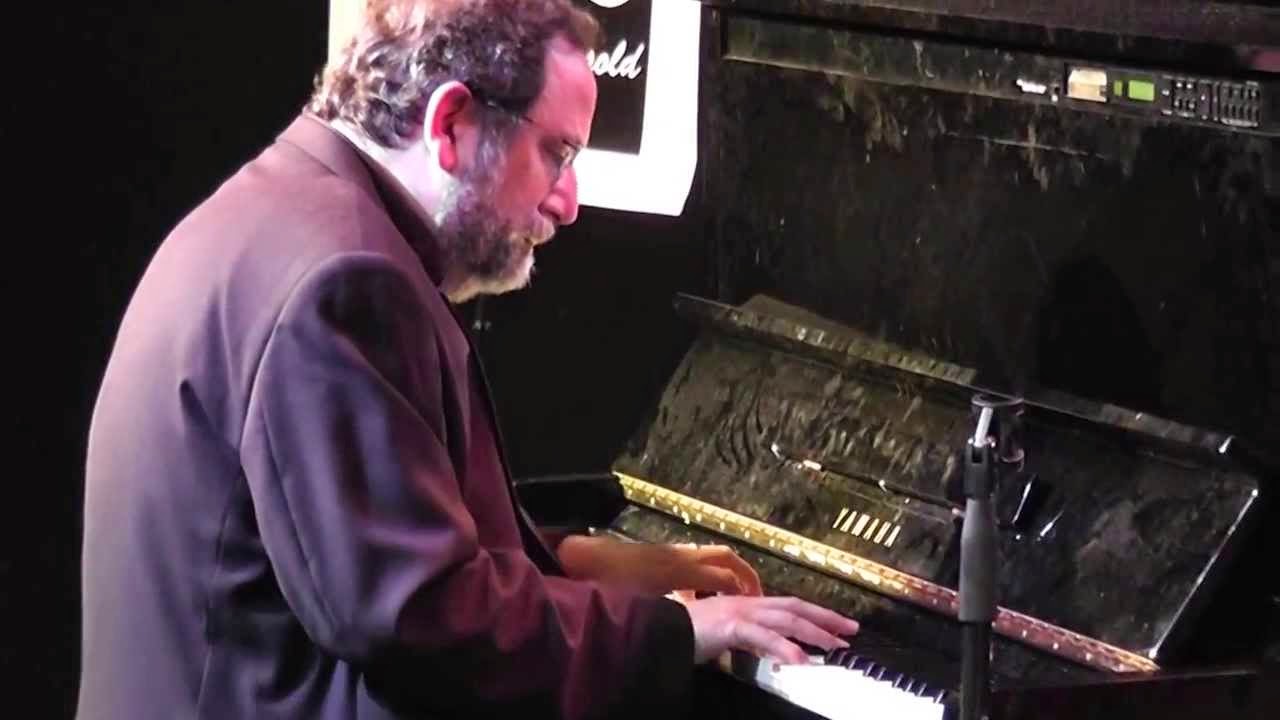 Phil considers music to be a gift and is dedicated to sharing his love of jazz through teaching. He is currently Professor of Jazz Studies at the University of Cincinnati College Conservatory of Music, where he teaches jazz theory, arranging, piano, and ensembles. He has taught for the Jamey Aebersold Summer Jazz Workshops (since 1982), the UK Jazzwise Jazz Camps (since 1996) and has served on the faculty of the Blue Lake Fine Arts Camp, the Miami Valley Summer Jazz Workshops, and the Jim Widner Jazz Camps. He has appeared as a visiting artist/clinician at colleges and high schools throughout the U.S., Europe, Central and South America. Phil has presented lecture/demonstrations to the International Association of Jazz Educators, the National Group Piano Teachers Association, the Ohio Music Educator's Association, the Ohio Music Teachers Association, and the Music Teachers National Association, and has published articles for Jazz Player Magazine. In 1995 he published "Jazz Keyboard Harmony," a chord voicing method written for non-pianists and beginning jazz pianists, which is now used in private teaching and at universities throughout the world.

Just a quick bulletin - I am really excited to be appearing at Gilgalive @ Camden's sumptuous Gilgamesh club on March 11th.  I have dates at the Green Note on March 22nd and April 19th, so am going to be glad to warm up and gather a cool Camden crowd around me! Come on down - it's free entry and if you haven't visited Gilgamesh yet, it's a beautiful venue and vibe.
GILGAMESH LIVE! is a regular Wednesday night showcase of some of the most talented acoustic musicians in the UK. Hosted by Rachel Rose in the Gilgamesh Lounge.
Gilgamesh, The Stables Market, Camden Market, Chalk Farm Road, London NW1

"The good son returns home", is the case of Curtis Nowosad based in New York City, but who is a native of Winnipeg, Canada, and now returns to his hometown to celebrate with his people and his label Cellar Live launch of "Dialectics". 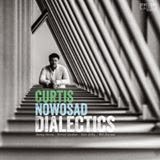 Here are some considerations Nowosad own:
Like most generic labels, “straight-ahead jazz” is a bit mystifying.

According to one definition, “straight-ahead” emerged as a generic label to differentiate mainstream improvised Black American Music from “fusion”, “Avant-garde” and other equally unwieldy subgenres. “Straight-ahead” was jazz that preserved conventional forms like chorus-by-chorus chord changes and was supposedly what the mainstream returned to in the 80s after benighted forays into electric experimentation and other digressions; it was the path forward.
But Jazz History isn’t a through-line or a single prevailing sensibility plus tangents, nor is it a series of decade evolutionary stages. Jazz is communities of artists with differing but related sensibilities from which streams of influence emanate and move through time concurrently. The throughline is an illusion just as most labels and genre designations are, too.

As a preview here offer you the video of the live recording of Speak no Evil (Wayne Shorter) which is the part that opens the Album "Dialectics". The musicians: Curtis Nowosad (drums); Jimmy Greene (Tenor & Soprano Sax); Derrick Gardner (trumpet); Steve Kirby (accoustic bass) and Will Bonness (piano):

New York-based drummer, composer, and bandleader, Curtis Nowosad, has developed a reputation as a highly-skilled, versatile, and forward-thinking musician. A native of Winnipeg, Manitoba, Curtis became recognized as one of the faces of the new generation of jazz players in Canada, and he has performed with such world-class jazz musicians as Philip Harper, Donny McCaslin, Stefon Harris, Miguel Zenón, Jack Wilkins, George Colligan, Dave Douglas, and Steve Wilson. He has performed with two NEA Jazz Masters, Candido Camero and Jimmy Owens, and recently recorded with a third, pianist Kenny Barron.
His sophomore album, Dialectics, will be released in March 2015 on Vancouver-based Cellar Live Records, and features Jimmy Greene on tenor saxophone, Derrick Gardner on trumpet, Steve Kirby on bass, and Will Bonness on piano. It was recently named one of “Fourteen jazz CDs to look forward to in early 2015” by Peter Hum at the Ottawa Citizen. His debut album, The Skeptic & the Cynic, released in late 2012, spent two weeks at #1 on the !earshot Canadian Jazz Charts. The album showcases Curtis’ arrangements of contemporary pop material such as Bob Marley and Michael Jackson, along with his quintet and special guest and two-time Grammy nominee Taylor Eigsti on piano.
Curtis has performed on many high-profile stages, including New York jazz clubs Smalls, Smoke, and Dizzy’s Club Coca-Cola, as well as Edmonton’s Yardbird Suite, Vancouver’s Cellar Jazz Club, Toronto’s The Rex Hotel, and several Canadian Jazz Festivals, including the Ottawa Jazz Festival and the Festival International de Jazz de Montréal.
A recipient of several awards and scholarships, Curtis recently performed at the Bimhuis in Amsterdam, as a winner of the Keep an Eye Jazz Award. He has twice been selected to participate in the Betty Carter’s Jazz Ahead residency at the Kennedy Center in Washington, DC, and in 2012, he attended the Banff International Workshop in Jazz and Creative Music at the Banff Centre. He is currently a graduate student and Fellow of the Jazz Institute at Manhattan School of Music, where he is a student of John Riley, and performs with the multi-Grammy nominated MSM Afro-Cuban Jazz Orchestra, under the direction of Bobby Sanabria; he holds a Bachelor of Jazz Studies from the University of Manitoba, where he mentored with master drummers Terreon Gully and Quincy Davis.
Curtis can be heard on several other recordings, including Erin Propp’s WCMA-winning/JUNO-nominated Courage, My Love, Alfa’s Harmattan, Neil Watson’s Move!, Oshima’s The Age of Shapes, The Lytics’ They Told Me, and Keith Price’s Gaia/Goya, and Breakfast of Champions, as well as Farewell 274: Winnipeg’s Jazz Community Celebrates Aqua Books, a live compilation album that he produced.
He is also active as an educator and clinician, working with private students, high school bands, and jazz camps, as well as teaching for two years in the University of Manitoba’s Bridge program, which provides music education to inner city students, many of whom are new Canadians. He previously hosted his own radio show on 101.5 UMFM called Tomorrow Is the Question! He has also curated several jazz and world music series at Aqua Books in Win
nipeg.
His articles have been published in dig! Magazine and he recently penned a pair of articles forDrums Etc. Magazine, “Getting Ready: A Guide To Prepare For College Auditions,” and “DIY: Self-Releasing An Album.”