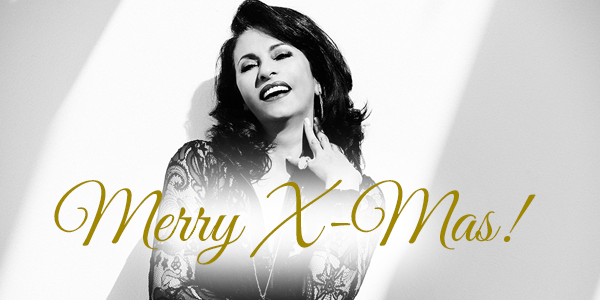 Everywhere that Laura Fygi visits, she is a veritable vision of exotica. In her home country of the Netherlands, they know her as the woman who was raised in Uruguay as the daughter of an Egyptian belly dancer; in the Far East she is the emancipated Western lady who many others aspire to be. But wherever she may be, there’s one common factor in all of those locations: that instantly recognisable voice which has won her hearts all over the globe.
Now, in this day of Christmas party, enjoy this beautiful video in the company of family and friends: