The path of happiness and jazz brings us this weekend to Aruba: Caribbean Sea Jazz Fest 2016!

23 and September 24 of this year is scheduled the realization of the traditional Caribbean Sea Jazz Festival in Oranjestad, Aruba's capital, and the expectation is great for the quality of guest artists.
The organizers of the Caribbean Sea Jazz Festival Aruba 2016 have spared in bringing the "Happy Island" a large contingent of interpreters of Latin and Contemporary Jazz. 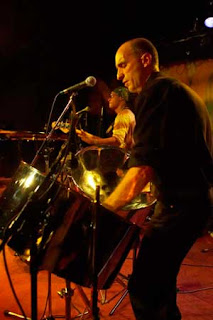 Andy Narell with Caribbo, as always, will be a show that fits the island of Aruba. Steel pan the sound from the hands of one of his great performers, will dance the audience and filled the whole atmosphere of joy, just like a carnival. The Caribbean is there. More than twenty albums as a leader or co-leader, has recorded Narell, even -Grammy Awards- Caribbean Jazz Project, but the best has gone around the world several times with the original instrument of Trinidad & Tobago featuring acclaimed concerts. Narell also achieved notoriety with the instruction that conveys to children and young people, workshops and classes. The, Narell, is a hero of Latin Jazz and will be able to enjoy his wise and passionate performance of calypso, rumbas, boleros, etc., has just released a new CD "Dis 1. 4 Rae" and will be accompanied in this Etienne event Stadswijk 'ATN', Harvey Wirth and others. 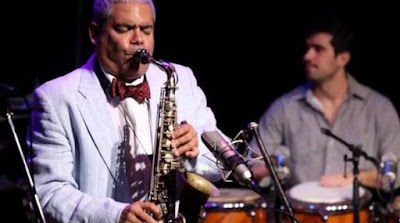 Saxophonist Cesar Lopez is reaching international sitial justifies his talent and work of many years. Accompanied by Emilio Martin (guitar), David Fayo (bass) and Otto Santana (percussion) make up the quartet Havana Ensemble, which after being awarded in his home Cuba is now receiving praise where they occur. Fridays and Saturdays are presented in Jazz Café and Café Miramar, two major jazz clubs located in Havana, but his tour abroad to been extensive in the coming days will be in Harlem-Havana Music Festival in New York and then JMF Jefu Music Fest in South Korea before arriving in Oranjestad. Lopez has recorded 10 CD and Havana Ensemble recently launched its "Live". 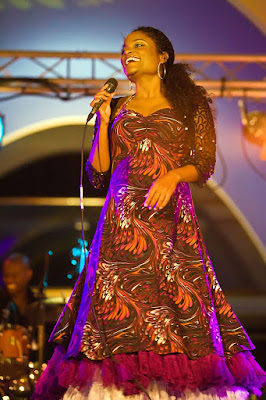 The "Lady of Latin Jazz" Izaline Calister, daughter of the Netherlands Antilles, premiered songs from her new album "Rajo di Lus" in which she collaborated with groups Kuerta I Tambu and Buleria. With a domain scene, sympathy and a vocalization that has won him fans in the world Calister continues to be at the heart of all.

Tony Succar will double prsentacion in the Arubiano Festival. On Friday 23 with its Latin Show and Friday with the Tribute Latin to Michael Jackson on the latter: 2016 Caribbean Sea Jazz Festival will rock your world, with a soul-thumping performance of Latin tribute band 'Unity', featuring Latin pop sensation Jon Secada. Born in Peru and raised in Miami, talented multi-instrumentalist and composer Tony Succar HAD Already developed a great ear for infusing spirit into famous classical Latin jazz.

Randal Corsen one of the best pianists in the Dutch Caribbean that been notable sidemen jazz bands taking major stakes in concerts and festivals will be this time with Levi Silvanie. Corsen came to play with the Jazz Venezolano Gerardo Rosales conga player and bandleader.

The Caribbean Combo in an established ensemble of the Scol di Musica Rufo Wever under the Leadership of Carlos Bislip. The concept of esta ensemble is to familiarize the young student with Rhythms of our region "The Caribbean and South America" ​​and using songs of the "Great American Song Book" as vehicles to Achieve ITS goal.

In scenarios Renaissance Festival Plaza will also be local artists and bands and other regions such as Franklin Jazz Orchestra, Bonnarriba & Croeze, Ben Liebrand, Frankie Yanga, Serghio Jansen and the famous Kool & The Gang.

For those who intend to go to this fantastic festival we recommend that already make their reservations, because the avalanche of fans not only come from the American continent but Europe.

The Aruba Tourism offices with his staff always are ready to give diligent information event in Caracas Venezuela, have an excellent team led by Miriam Dabian and Johana Santiago. Friso Veenman has a whole great organization and we as guests will be at the Marriott Hotel (http://www.marriott.com/hotels/travel/auaar-aruba-marriott-resort-and-stellaris-casino/) and we will emcee ... wow !!

The slogan of Aruba is the On Happy Island = "beach days, jazz concert nights".

In this video multi-instrumentalist Tony Succar with singer Michael Stuart and rumba: