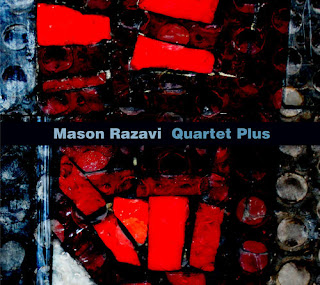 The CD:
“Quartet Plus”
Mason Razavi

Guitarist Mason Razavi on this CD "Quartet Plus" makes the mark of your concerns as a composer. The mixes elements of jazz of the past and the present to give us a unique sound in Jazz Contemporaneo.

But there is another fact in "Quartet Plus" Razavi is that not only leads his quartet, but adds several wind instruments melodies that certainly sounds vary album.

Razavi has the virtue of adding improvisations to their original compositions, both in studio and on stage; another good sign of this CD is the continuity and deepening of the work that started together with pianist Benneth Roth-Newell which resulted in his previous production "After You" and in which both musicians duo play their own compositions and look with arrangements such as the famous "Yesterday" Lennon / McCartney). Both belong to the catalog of CDs First Orbit Sounds Music. 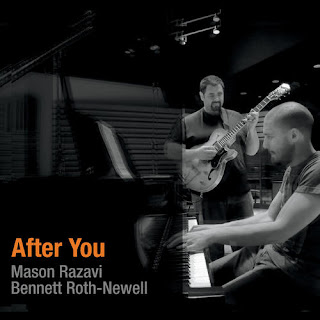 Mason Razavi is a jazz guitarist, composer/arranger, educator, and recording artist living in the San Francisco Bay Area. He leads a quartet and nonet performing his original music and is a frequently requested sideman and accomplished solo guitarist. His albums have earned praise from critics while charting in the U.S. and receiving radio play internationally. Razavi has been described as a "thoughtful player and composer that offers the listener an introspective experience of deeper meaning" by Jazz Times. In addition to countless performances at clubs and theaters, he has performed in concert with San Jose Jazz including the 2015 Summer Fest, the South Bay Guitar Society and other Bay Area concert programs.
Razavi began studying jazz and playing in working rock bands as a teenager before attending the Berklee College of Music to study composition and arranging. He changed directions dramatically and devoted his life to the classical guitar for several years, culminating in numerous solo recitals and an album of original classical guitar music. Razavi has since focused on the electric guitar and writing for his jazz ensembles. Though first and foremost a jazz guitarist/composer, his diverse background has led him to a number of musical settings ranging from classical recitals to show bands to accompanying concert choirs, jazz singers and pop artists.
An avid educator, Razavi teaches jazz history at De Anza College and jazz guitar for West Valley College and Mission College while also maintaining a busy private teaching studio. He has conducted clinics for San Jose State University, South Bay Guitar Society, and the Vancouver Classic Guitar Society. Razavi holds holds a M.A. in Jazz Studies from San Jose State University and a B.M. from the Berklee College of Music where he studied jazz composition and majored in Contemporary Writing and Production. He has studied in private lessons or masterclasses with Mimi Fox, John Stowell, Tuck Andress, Corey Christiansen, Henry Johnson, Jason Vieaux, John Damien, and Rick Vandivier among others.

The video you see below is Live at City Lights Theater, San Jose, CA - April 14th, 2013 and the melody is Mad Dance last track CD "Quartet Plus":