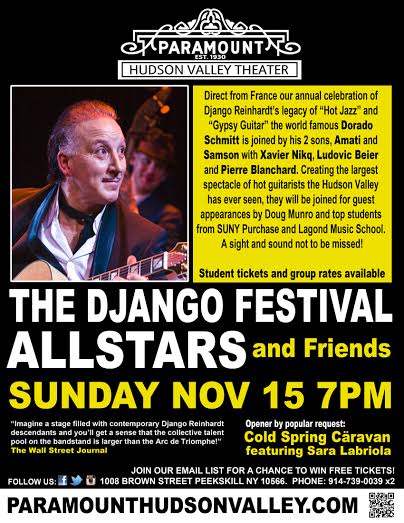 Every year for the last decade and a half, select groups of hot swing musicians have come from Europe to tour the U.S. The exact lineups change, but they all feature masters of the "gypsy jazz" — or jazz manouche — style pioneered by guitarist Django Reinhardt. In fact, they're billed under the banner of New York's Django Reinhardt Festival.The Django Festival All-Stars perform acoustically, but they played an electrifying set near the end of the Newport Jazz Festival. Afterward, we asked them to stick around and perform one more tune, and though their flying-finger exercises left them properly winded, they had plenty left in the tank for this energetic performance.

European festivals and concerts performed in the main cities in honor of Django Reinhardt and equally remembered top musicians are case Pere Soto and Doug Munro, who update the music of the great gypsy. 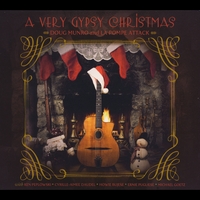 Now the world famous Dorado comes with your sons and friends to delight with its hot rhythm in flamenco jazz all his followers in the Big Apple and more in the exclusive Paramount Hudson Valley Theater on Sunday November 15th.

Before a Masterclass is being held by Dorado in the afternoon for 8 talented young guitarist from the Hudson Valley, who will sit in later as guest performers.

Opening the show is local favorite, Cold Spring Caravan featuring Sara Labriola. Creating perhaps the largest spectacle of hot guitarists the region has seen, Sara, Doug Munro and top students from SUNY Purchase and Lagond Music School will sit in on 2 of Dorado’s compositions. A sight and sound not to be missed!

We invite you to enjoy the next video in Dorado Schmitt & Family improvised nicely: Live at Bar Le Terminus, Sarreguemines, France: