The 14th edition of the Dubai Jazz Festival to be held from 24 to 26 February 2016, repeated at Sting, Carlos Santana and premiere famed trumpeter Chris Botti in this prestigious celebration! 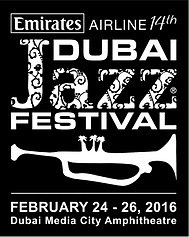 The Dubai Jazz Festival 2016, celebrating its 14th edition, repeated Sting and Carlos Santana, as figures highlight for this commemoration of good music, and invite one of the trumpeters and most important contemporary composer Chris Botti, the celebration will be from 24 to 26 February, 2016.

Santana was in the DJF scene in 2014, while Sting did this year, but the performances of both and his companions, in addition to the best start cheering, they won this new invitation. While Botti is an accomplished trumpeter and composer with a career on the rise and that showed their worth in recordings and concerts.

Chris Botti and Sting have been collaborating since 1999, when Sting contributed vocals to Botti’s third album for Verve, Slowing Down the World. This led to Sting inviting Botti to tour with him as a featured soloist in the Brand New Day tour, which lasted two years and culminated in All This Time, a CD/DVD taping and webcast performance from Sting’s estate in Tuscany.

The American trumpeter and composer is easily one of the biggest names in jazz today. Four of his albums have reached the #1 position on the Billboard jazz albums chart, and in 2013, his acclaimed album Impressions won best pop instrumental album at the Grammys. This victory testified his established reputation as a versatile musician in both jazz and pop, with his ability to fuse both styles together. 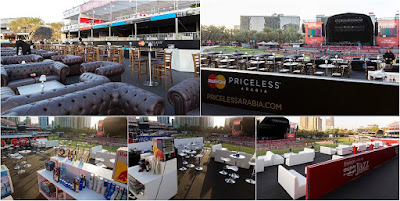 Under the sponsorship of Emirates Airline and other major companies and institutions DJF has become a valuable tourist and artistic-cultural event, as it not only presents the magnificence of modern architecture erected in the region, but their organizational capacity.

Anthony Yunes, CEO and founder of promoter Chillout Productions, who organize the DJF, to put Dubai on the map Jazz and it is very important for the global educational development.

Now we invite you to enjoy this video where they combine Chris Botti and Sting to sweeten a scenario and fans: